Chevrolet cars have been in the market for over a century now. Formerly known as the Chevrolet Motor Division of General Motors Company, the company was founded in 1911 by Louis Chevrolet and William Durant. It was combined with General Motors (GM) seven years later and has been a part of GM ever since. Even though Chevrolet, colloquially known as Chevy, is regarded as an entry-level carmaker, and most of its options are high in value, but low on luxury, it has produced some of the most iconic chevy sports cars ever.

Read on to find the ultimate list of Chevy sports car models.

Nothing compares to speeding along a winding road while listening to the exhilarating tone of a thundering exhaust. The Chevy Camaro is one of the few economical sports cars that can deliver you this experience. The 2022 Camaro is available as a coupe or a convertible and features a distinct style open to personalization.

The biggest flaw with the Camaro is its lack of interior room. The Camaro lacks back legroom and baggage space compared to its arch rival, the Dodge Challenger.

However, the cabin has superior materials and a more contemporary appearance than the previous version. Moreover, the front seats are comfy, and you can also outfit the Camaro with customized ambient lighting, which adds a stylish look.

The standard engine is a 275-horsepower turbo four, but upgrading to a 335-horsepower V-6 or a 455-horsepower V-8 will unlock more melodic sounds and more powerful acceleration.

Likewise, the standard six-speed manual gearbox will certainly delight the car enthusiast in you. Additionally, the four-cylinder engine has an eight-speed automatic transmission, while the V-6 and V-8 have a 10-speed option.

So, Camaro will impress you with its unique chassis that offers lithe handling, unmatched among pony cars. Combined with the 1LE system, the coupes outperform their class, competing with considerably more expensive vehicles.

Chevy’s performance models used to drive well in straight lines but made their flaws evident around corners. However, the 2022 Camaro flips the narrative. Resultantly, if you choose performance over practicality, this pony car is for you.

Although it isn’t the most potent muscle vehicle, the 2022 Chevy Camaro ZL1 is unrivalled in terms of driver engagement and value for performance.

Like on the regular Camaro, the $7500 1LE Extreme Track Performance package transforms the ZL1 into a pure track weapon. However, the stiffer suspension makes the ZL1 uncomfortable for daily drives.

It turns out that the Camaro’s horrible visibility from the cabin, small back seats, and much smaller luggage capacity is unaffected by its 650 horsepower and ZL1 nameplate. Nonetheless, every ZL1 has many standard features, such as a heated steering wheel, electrically adjustable front seats, heating and ventilation, dual-zone automatic climate control, etc.

Between the ZL1’s fenders, Chevrolet engineers have stowed a 650-hp supercharged V-8 that produces power across the rev range and leaves black streaks on the road. It is available with a smooth manual transmission or a quick 10-speed automatic. The automatic transmission results in faster acceleration times than the manual, but either way, this Chevy is a devil at the drag circuit.

The ZL1 is not only the best Camaro but also the king of the track-ready muscle cars.

The 2023 Chevrolet Corvette maintains the nameplate’s longstanding legacy as an automotive classic by offering supercar performance, an affordable price tag, and stunning styling—but with a mid-engine twist.

The Corvette comes in two body styles: coupe and convertible with a folding hard top. Besides, a Z51 performance package is also offered, which includes all the performance-oriented equipment.

The Corvette features a great driver-oriented cockpit decorated with leather and brushed aluminum accents. The cabin envelopes you with lines of buttons and optional carbon fiber embellishments.

Speaking of roofs, the coupe has a detachable one that, like the ones on earlier Corvettes, slots within the trunk located just after the engine. The back trunk can hold two golf bags, while the front compartment can also have some luggage when you fold the top down.

The 2022 Corvette C8 is the first model to house its 490 horsepower 6.2L V8 engine behind the passenger seats. An eight-speed dual-clutch automatic gearbox delivers power to the rear wheels.

The Z51 package’s dual-mode performance exhaust produces 495 horsepower and accelerates to 60 mph in just 2.9 seconds. However, even in its most basic configuration, this Chevy sports car can handle heroically and provides intense thrills on both the road and the track while still being refined and comfortable enough to be driven cross-country. This puts it in competition with sports cars costing tens of thousands of dollars more.

The Chevrolet Corvette Stingray C8 is a top-of-the-line Chevrolet sports car that will offer you unmatched handling, speed, and flair on the open road.

The Z06, in line with the legacy, is a more extreme, track-oriented version of the regular Vette, replete with sharper aesthetic cues and significant performance enhancements. Above all, the 2023 Chevy Corvette Z06 is set to push the famous marque into territory formerly occupied by Ferrari and Lamborghini.

An $8,995 Z07 Performance package is also available, which adds a tuned suspension, Brembo carbon ceramic brakes, and high-performance Michelin Pilot Cup 2R ZP tires. Furthermore, you can combine this with the Carbon Aero package, which adds carbon fiber exterior elements, including a front splitter and a rear spoiler.

Chevy went above and beyond to ensure that the mid-engine Corvette cabin isn’t described as dull. The cabin is designed with the driver in mind, and the list of basic and optional amenities is vast. The inside of the car further emphasizes its track-worthiness, with microsuede accents, firmly bolstered seats, and two carbon-fiber-intensive kits.

You might initially be surprised that the new Corvette would forego the front-engined V8 formula in favor of a V8 in the rear, but driving the Z06 will immediately allay those concerns. In fact, it has a 5.5L flat-plane crank V8 with 670 horsepower, making it the most powerful naturally-aspirated V8 ever produced.

With launch control activated, the Z06 accelerates from 0 to 60 mph in a quick 2.6 seconds. Most importantly, you have Brembo six-piston caliper brakes to stop all that speed.

Even though the Z06 receives the greatest features and technology from the Stingray, there’s a significant improvement in its performance and handling.

The Corvette Z06 is a highly coveted sports car that combines Ferarri’s flair and performance with a Chevrolet price tag.

Chevrolet is certainly stepping up its game every new year. Each of its sports car models has unique strengths and features to offer; choose what suits you best.

On Schumacher Used, you can find used cars that are both affordable and dependable. 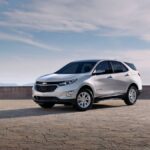 2020 Chevrolet Tahoe: What You Need to Know Read more 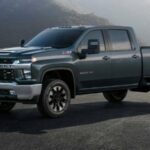 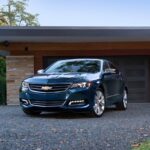 Schumacher Used
The 2020 Chevy Equinox is well-known for its attractive appearance and contemporary features, but it also performs admirably....
Read more

2020 Chevrolet Tahoe: What You Need to Know

Schumacher Used
Overview The 2020 Chevrolet Tahoe is evidence of why, in some instances, the conventional wisdom holds—mainly when the...
Read more

Schumacher Used
If the Chevrolet Impala is a car you’re thinking about, this guide is for you. In it, we...
Read more