Everything You Need to Know About the 2020 Chevy Trax 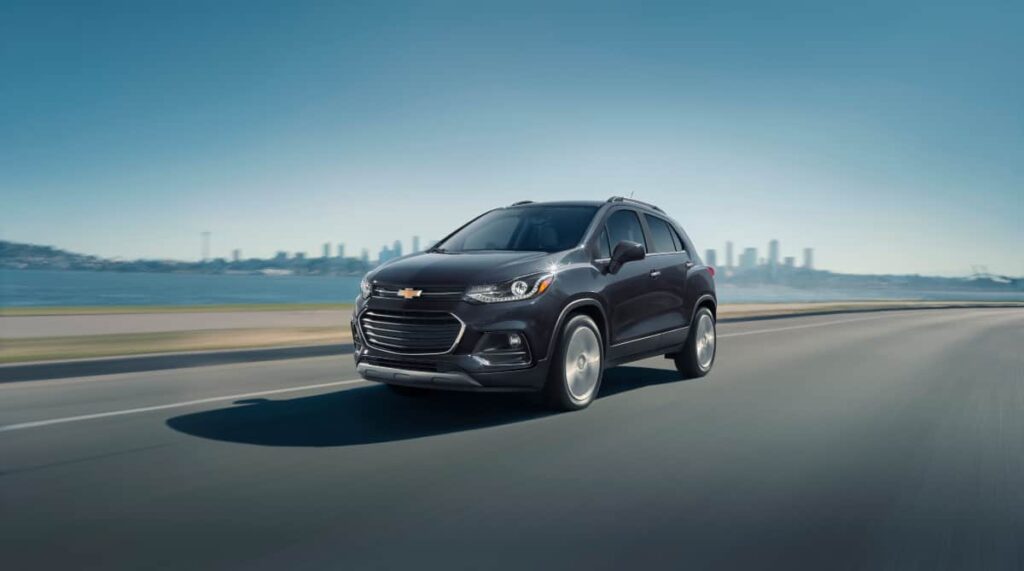 The 2020 Chevy Trax is a no-nonsense offering in the subcompact crossover category. While it has several notable weaknesses, including an unimpressive cabin quality, dull driving experience, and an unpleasant ride, this mini SUV has a compact wheelbase and versatile cabin, making it perfectly compatible with city driving. It has a considerable number of amenities as standard. It receives high marks for anticipated dependability and fuel efficiency, and its optional AWD gives it an edge in capability.

The Chevy Trax’s cabin seems airy and large because of its elevated sitting position and vast headroom, but it offers less rear-seat space and cargo capacity than most of its competitors. Moreover, the front seats are also a touch slight, and the cushions are a bit firm.

The Chevy Trax includes a well-integrated, user-friendly touchscreen positioned at the top of the dashboard as standard. Some embroidered dashboard inlays contribute to a more sophisticated appearance. However, as you move down the center stack, you’ll see cheap-feeling temperature controls and low-quality plastics around the shifter and centre console.

The cargo space of the 2020 Chevy Trax is on the modest side for its class. It offers 18.7 cubic feet of cargo capacity behind its rear seats, which can be expanded to 48.4 cubic feet when the 60/40 split second-row seats are folded down.

The Trax obtains a five-star overall safety rating (out of five stars) from the NHTSA thanks to its ten airbags.

The IIHS gives it top Good crash safety ratings throughout categories, except for one ‘Adequate’ grade in front passenger-side testing.

Trims and which one should you choose

The standard Trax LS comes with a good amount of infotainment features. Still, upgrading to the LT trim is worthwhile as it unlocks benefits like satellite radio, cruise control, and remote start.

Some LT models can also be equipped with a Bose stereo system and a sunroof. However, features, including the forward collision warning and heated front seats, were exclusive to the top Premier model.

The 2020 Chevrolet Trax is driven by a 138 hp 1.4-liter turbocharged four-cylinder engine, a slightly underpowered motor for this category, and it’s neither smooth nor refined.

The motor provides adequate low-end torque around town; however, as soon as you step on the pedal for a quick overtake, the engine runs out of breath, making more noise than speed.

The six-speed auto gearbox is adequate, although it sometimes makes slow shifts and is unwilling to downshift.

Nonetheless, the Trax has a sturdy ride and reliable handling, and its fast steering makes it nimble in traffic conditions. Despite the Trax’s towering height, it leans less around corners than you might anticipate. However, it doesn’t handle as sharply and eagerly as rivals like the CX-3 and the Soul. The Trax’s brakes are among the most powerful in its class, and the pedal feels solid and confident.

The Chevrolet Trax competes in a hotly contested segment, with rival manufacturers vying for advantages to attain subcompact crossover dominance.

What advantages does the Trax have? It’s the wheelbase or lack of one. The distance between the axles is 100.6 inches, while the entire length is 167.2 inches. These make it simple to park and navigate into traffic gaps. Meanwhile, its interior appears to be larger than its measurements would imply. The front passenger seat and the second row of the Trax all fold flat, allowing long items to fit inside. Numerous compartments provide convenient storage of ordinary carry goods, adding to the practicality. In addition, Chevrolet equips the Trax with ten airbags, which helps it achieve high crash safety ratings.

What does the Trax have going for it? It’s not fast, and the acceleration supplied by its little four-cylinder engine is painfully sluggish. On the mid-range model, you saw poor interior quality, a mishmash of materials, and noticeable panel gaps. The entry-level Trax is rather basic, without cruise control and projector-beam headlights.

Altogether, if you are someone looking for a simple, reliable, easy-to-drive car around town, the 2020 Chevy Trax might be suitable for you.

On Schumacher Used, you can find used cars that are both affordable and dependable.

Introduction If you’re looking for an inexpensive new automobile, chances are you’d also like to save money on...

2022 Chevy Silverado 1500 General Overview When it comes to full-size trucks, brand loyalty is important, and the...